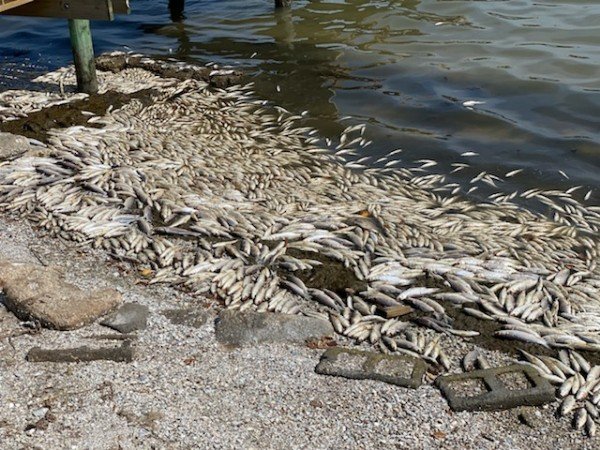 The recent frigid temperatures have taken a toll for Harbor Oaks property owners on many levels. The most recent issue is the hundreds of thousand of dead fish that have appeared in our canals, bulkheads, boat slips and boat ramps. The stench is overwhelming, and at some point could become a health concern. The current winds are pushing the fish into the heads of our canals and especially the boat ramp off Lakeview Drive. Seining or netting dead fish from Texas waters is prohibited by law. Texas Parks and Wildlife game wardens are making a short-term exception to the law and are allowing the dead fish carcasses to be removed.

Harbor Oaks is availing itself of the opportunity and will have one or more crews in our canals, bulkheads and boat ramp, also the canals around Bay House Condominiums, removing and hauling away the dead fish beginning mid-week. They will make one or more passes to remove as many fish as possible and practical. Obviously, they will not find every dead fish, AND there is a possibility that a wind shift may blow in additional fish. Look for boats, cranes, trailers, and heavy equipment around the neighborhood for the next five to seven days.