Choosing the best bait for trout

Choosing the best bait for trout 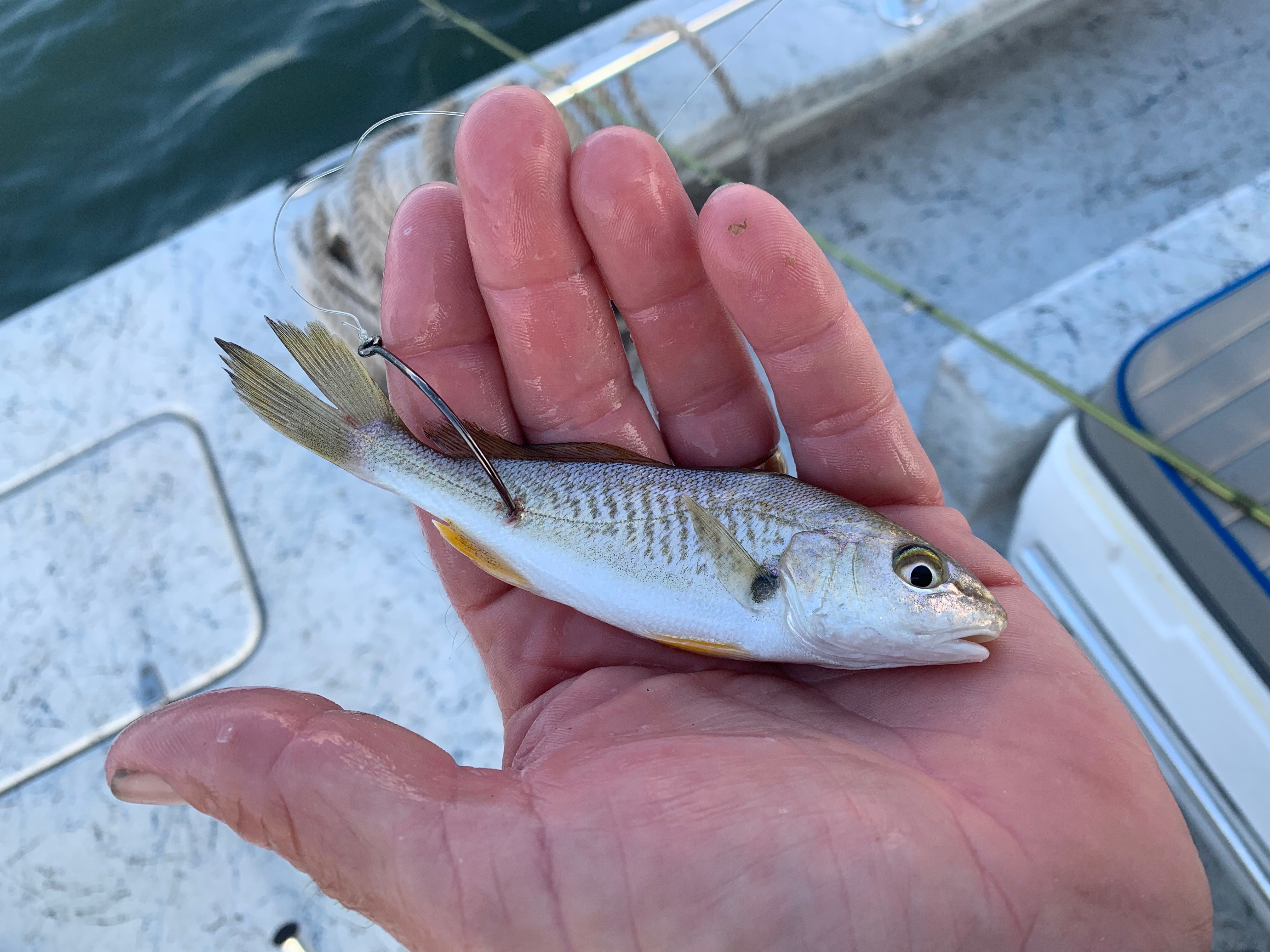 Let’s talk choosing bait for trout. Croaker and pigfish/piggies/grunts are the best type of trout bait in the summer time in our area. For some reason Piggies are not available this year.  I’ve talked to several trappers this summer and they all say the same thing. “There just are not any piggies out there.”  The best piggies are trapped and sorted from the thousands of pinperch also in caught these traps. Sometimes piggies are caught in shrimp nets. Be careful buying these, because they are just as fragile as croaker, Both bait fish must be in picture perfect physical shape to be effective, choosing bait carefully is important! Shrimpers have also told me they have not seen any piggy perch. The bait dealers and trappers claim it’s the dredging in the ship channel keeping them out of the bays.  While it is true they are found more commonly near passes to the gulf, I think the shortage of piggies is more likely because the surplus of crabs in the bay. Crabs are piggies most favorite food making them difficult to trap.  Croaker seem to be working just fine with the absence of piggies this summer.
The following is how I use croaker to catch trout, flounder and reds.
1.  Buy the best looking croaker possible.2. Use a good air pump to keep oxygen levels up. Some fisherman swear their pure oxygen work really good. I’ve never had trouble pumping air. If you ever feed your bait use small amounts of shrimp, crab meat or trout eggs. DO NOT feed your bait unless your boat can recirculate water. Bait fish make a real mess after eating and foul the water quickly. I recirculate the water in my tanks several times a day regardless. Some people add ice to their water instead to keep it cool.
3. Always use your best bait first!  Always use fresh bait at a new location.
4. If you have a divided bait tank put the used baits on one side of the bait tank. I call this side of the bait tank rehab. If left alone a third or more baits could be reused if necessary. At $7-$8 dollars a dozen this is a savings.
5. Never throw used bait in the water! I love our birds in Rockport, especially after Harvey, but they are a real real nuisance when there are crippled baits in the water. If you have good baits most birds will not be able to catch them normally. However if you throw old croaker/piggies in the water birds will start stealing your good baits and tangling lines. This bird frenzy is expensive in lost bait, and consumes time with tangles. If the weak baits are thrown in the rehab tank,they can be reused or released later.

6. Only dip as few baits as necessary.  If you dip a too many at a time it takes slime off your bait. Remember it’s important your bait fish should appear to be aquarium quality. All fish have a protective slime coating that once removed will drastically effect its performance.

7. Hook croaker/piggies toward in the tail, so they cast better. This also gives them a more natural appearance. Since the hook is in the tail and game fish must swallow the bait fish head first it’s important not to set the hook too quickly. The trout or red must swallow the hook to get caught.
8. Lastly sunscreen! I’ve never had trouble with Solbar Shield Sunscreen or Aloe Gator Sunscreen effecting my bait in any negative way. Sunscreen should be applied at 5AM at home looking in the mirror not over the bait tank!  I’m real leery of the spray on sunscreens. They must work, but……Spray on sunscreen in the bait tank is not good.I’ve noticed that spray on sunscreen clouds my windshield and puts a slick on the very water you are fishing. I haven’t been able to prove it yet, but the slick on the water from the spray on seems to stop the fish bite.

As you can see choosing bait correctly and caring for it is critical! Until next time!

Don’t forget to read last month’s article about fishing in the canals of Rockport!

Capt Robert Hamilton is a Harbor Oaks Resident and runs Aransas Bay Fishing Charters.
You can find him at aransasbayfishing.com or 361-463-6653!